World Day Against Trafficking in Persons

The story of a human trafficking victim is not about how he or she is recovered.
July 30, 2022 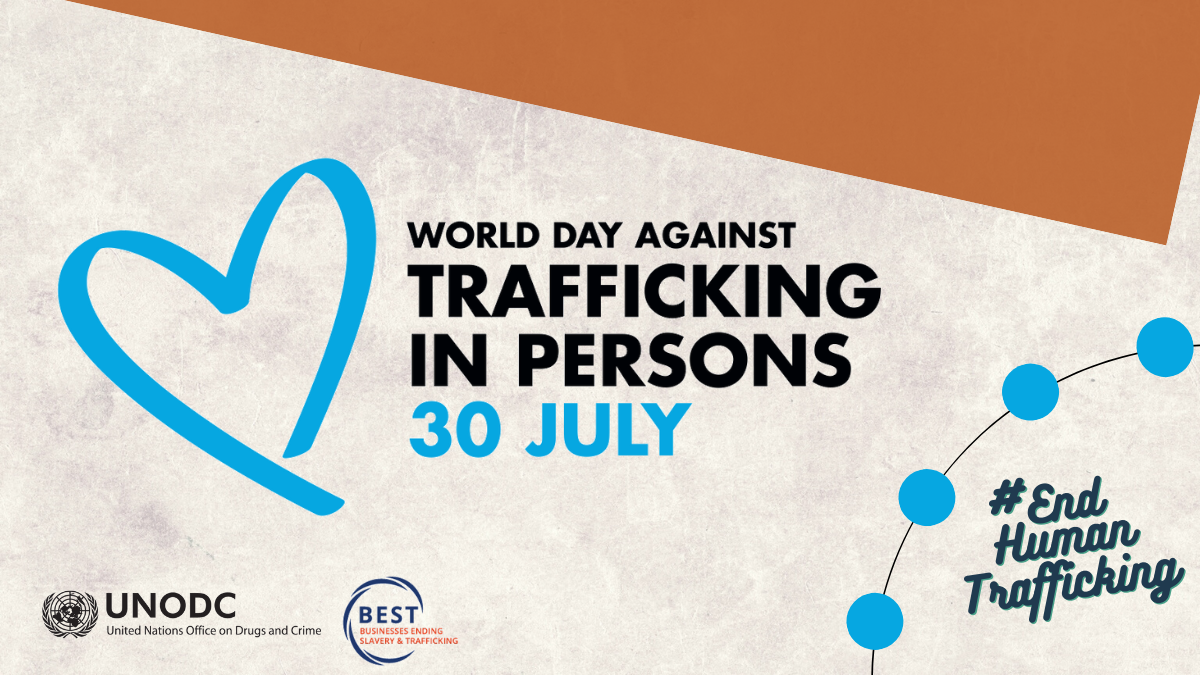 The story of a human trafficking victim is not about how he or she is recovered. It’s not even about the first time a human trafficking victim is exploited. In almost every case of human trafficking, there is a far deeper story than what first meets the eye. Anyone can be trafficked. But some of the people who are most susceptible to human trafficking have vulnerabilities, including neglect, poverty, homelessness, family breakdown, disability, addiction, or a history of physical or sexual abuse that have long gone unaddressed. Traffickers look for these vulnerabilities in the people they exploit so they can convince, coerce, or force them into situations that victims do not want and can quickly become trapped in.

In this modern-day human rights abuse, human trafficking has become one of the most tragic crimes against humanity. That’s why the United Nations designated July 30 as World Day Against Trafficking in Persons—to help raise awareness and educate more people about human trafficking and how to help those who are forced into a life of exploitation.

What is Human Trafficking?

Sex trafficking is the prostituting of a minor or the use of force, fraud, or coercion to compel an adult into commercial sex work. In the US, the federal definition of sex trafficking has been expanded to include sex buyers—to include those who contribute to the exploitation of vulnerable people by purchasing sex.

Labor trafficking is the recruitment, harboring, transportation, provision, or obtaining of a person for labor services through the use of force, fraud, or coercion for the purpose of subjecting a person to involuntary servitude, debt bondage, or slavery.

Who are the Victims?

Victims can be anyone—the common thread for human trafficking victims is their vulnerability.   Because vulnerability plays such a key role, people of color, foreign nationals, and people with diverse sexual identities are disproportionately victimized.

Who are the Traffickers?

As with human trafficking victims, there is no one way to describe human traffickers. They can be young or old, male, or female, and of any nationality or ethnic background. The key is traffickers are intent on exploiting the vulnerabilities of others explicitly for the purpose of commercial gain. Traffickers are not necessarily strangers or casual acquaintances of the victims. Some traffickers can be family members, intimate partners, or long-time friends of victims.

It’s important to understand some of the tactics that traffickers use in order to understand why victims may not ask for help. Traffickers will often threaten or use violence towards the victim or the victim’s family, threaten deportation, restrict contact with others, make false promises, or deprive the victim of basic needs if they do not act as instructed.

Some indicators that a person may be a victim of human trafficking:

How You Can Help

If you witness a human trafficking situation in the US, you can report it to the National Human Trafficking Hotline, and they can direct the situation to local law enforcement or social service agencies.

To join the movement and support the nonprofit work to help prevent human trafficking, you can donate to Businesses Ending Slavery and Trafficking.