How a Human Trafficking Prevention Movement Started with a Dress

The majority of human trafficking victims are women and girls. Learning this is what motivated Blythe Hill
November 21, 2019 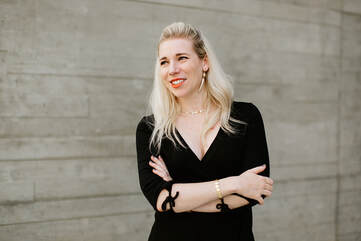 The majority of human trafficking victims are women and girls. Learning this is what motivated Blythe Hill, the founder of Dressember, to challenge herself back in 2009 to wear only dresses for the entire month of December to support women and girls all over the world who are exploited by human trafficking. In the following years, Blythe’s personal challenge began to spread when her friends offered to join her in wearing dresses each day of December.

By 2012, her December challenge had grown into something much bigger than Blythe had ever imagined. She started the foundation, Dressember, which is now a global movement that helps raise awareness and funds to fight human trafficking by supporting the work of organizations like BEST.  To date, Dressember has raised over 7.5M to fight back against human trafficking. And it all started with a dress!

This December, thousands of women and men will come together to raise funds benefiting anti-trafficking programs around the world (including ours!) BEST sat down with Blythe to get her insight on how this movement has taken off, and what she sees for the future.

Q: Did you ever think this style challenge would catch on as it has? What has this shown you?

A: I had no idea it would become what it has; in the beginning I thought there was a decent chance it would completely flop, but it blew my expectations out of the water. What it’s shown me is that so many people feel the way I felt— passionate about this issue, but powerless to do much about it and therefore, eager for a way to take tangible action.

Q: How does participating in the Dressember challenge help show that women can be both forceful and feminine?

A: Femininity means something different to everyone, but I like the idea that Dressember is an opportunity to reclaim the dress — something that has become a very loaded symbol — to be a tool that unifies and empowers rather than objectifies and weakens. Men and women alike can take on a type of advocacy where they are both bold and yet gracious — pushing people to be better, do better, buy better, and yet recognizing that we are all coming from different places and although some people can dive in, others need baby steps and easy access points. I definitely identify with that!

Q: Is there an effort to reach more younger women and girls, to help them learn what they can do to prevent human trafficking?

A: Absolutely. I love interacting with students and young kids about this because they can become fierce advocates. Often we think we need to protect kids from the darkness of the world — and I do believe there is age-appropriate information vs. non-age appropriate — but kids have a strong sense of fairness and of right and wrong, and they catch on to the injustice of slavery very quickly. Some of our top advocates historically have been individuals under 18.

Q: What is your vision for the future?

A: There is so much misinformation about trafficking, and this keeps us as a larger society from identifying it when we come in contact with it (something the BEST team knows firsthand); it also keeps individuals who are being exploited from identifying as victims of trafficking. While our immediate efforts are to resource programs around the US and around the world to effectively dismantle trafficking and provide comprehensive care for survivors, I get most excited about our prevention and intervention efforts, because these are the most potentially culture-changing efforts we’re making, with what I see to be the longest lasting effect. This is why, when someone joins Dressember, we equip them with resources and a language around trafficking that both broadens their own awareness and empowers them to share with their community — we’re looking to change the wider perception of this issue as we systematically dismantle it from multiple angles.
​

Dressember 2019 has officially started! It’s not too late to join in and be part of the impact by wearing a dress (or a tie!) every day in December. Head to dressember.org to create a campaign page and to find out more.