Recently, we were able to speak with Alison Galioto, VP of Operations for Hospitality Associates
August 22, 2018 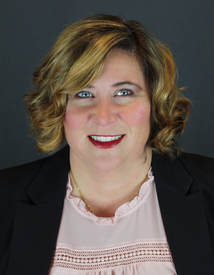 Recently, we were able to speak with Alison Galioto, VP of Operations for Hospitality Associates, a northwest based hotel management group, about why she has worked so diligently to make sure her hotel staff at their 26 hotels are trained on how to handle human trafficking. “Some of the activity is obvious,” Alison explains, “I’ve seen women wearing hardly any clothing and they would come in with a man who paid in cash. The paying in cash is a definite sign. Sometimes they said they didn’t have a bank account or were not able to check-in with a credit card in their name. Sometimes they would check in under a name you could tell was a false name.” But other times, Alison says, “It’s not always so obvious. If they wear everyday clothes, and they do use a credit card, and are not bringing in a lot of men, sometimes it’s hard to see. That’s why we want to do this training, so our staff are able to detect the less obvious signs of sex trafficking.”

​Though she’s a VP of Operations now, Alison started her career in the hotel industry working as a housekeeper for a hotel in Grand Coulee, Washington. From there she became a front desk clerk at a hotel in the Spokane Valley before moving on to become a general manager at a hotel in Seattle. Throughout her career journey, she has personally witnessed some of the tell-tale signs of sex trafficking in hotels. This knowledge and first-hand experience has made her even more dedicated to educating employees working on the front-lines. According to Alison, front-line staff first need to be aware that sex trafficking can happen even at nice hotels and it is not a victimless crime. Second, they need to know what indicators to look for and how to report the crime when it happens. Just these simple things can help more girls, boys, women, and even men, escape a life of sexual exploitation.

Alison shared a story with us about a time when her staff successfully intervened to help a young woman in need. The employees at the front desk heard two women arguing loudly in a public bathroom in the hotel. There was a young woman and an older woman, who had not yet checked in, and the employees were able to tell that the younger women was in distress. The two women took their argument to the parking lot where it became physically abusive. Judging that she was safe to do so, one of the front desk employees intervened in the argument and brought the young woman back into the hotel while the older women drove off. She explained to the front desk staff that she had been offered a ride to California, but instead was brought to the hotel where the older woman tried to coerce her into trafficking. The hotel manager called the police and the FBI Task Force came to help the young woman with her situation. It’s rare to have the chance to intercede before any sexual exploitation occurs, but this young woman was lucky enough to find herself at a hotel where the staff didn’t look the other way. Alison’s staff may have saved this young person’s life.
​
It’s stories like this that make Alison determined to create a workplace culture where employees know what to do when they see potential sex trafficking. With 26 hotels in the ownership group, BEST was so thankful when they chose to partner with us for this training. In fact, Hospitality Associates have already trained their senior-level management at their corporate retreat last year and are now rolling out the staff training to all of their properties throughout Alaska, Washington, Oregon, Nevada, Idaho, and Montana. BEST is providing Hospitality Associates not only with training, but also with informational posters to be displayed in the employee break rooms, indicator cards describing possible warning signs, and instructions on what to do if staff see indicators of sex trafficking.

When we asked Alison if she had any advice to give to other VP’s who are thinking of implementing training, she said, “I had to really keep pushing for this training to happen, and I’ve been pushing for about two or three years. I know this is an uncomfortable topic, but you can present it in a way that makes it not uncomfortable. BEST’s videos really help with that. It’s important. It’s just part of running your business. These are some of the important talks we need to be having with our staff.”