An Interview with Jane Charles

BEST is thrilled to announce that long time supporter, StolenYouth, has committed to supporting BEST
September 7, 2017 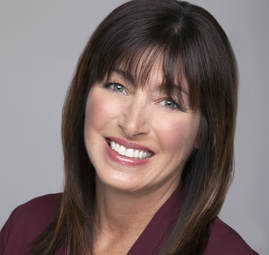 BEST is thrilled to announce that long time supporter, StolenYouth, has committed to supporting BEST with a $55,000 grant for 2017-18. Founded in 2011, StolenYouth is dedicated to both raising awareness of human trafficking and supporting organizations, like BEST, which are committed to preventing this crime and helping victims.
​
I had the wonderful opportunity to connect with one of the founding members of StolenYouth, Jane Charles. Jane is a StolenYouth Board member and was one of the driving forces behind founding StolenYouth. She has watched the organization grow by leaps and bounds over the last 6 years.


BW: What originally inspired you to start StolenYouth?

JC: I have been involved in the film industry for the last 22 years. I’ve done everything from feature films and TV series to commercials and PSA’s. My good friend, Director Jeffrey Brown, brought to my attention a book called Sold by Patricia McCormick. The book is told through the eyes of a young Nepali girl who is sold into a life of prostitution in India. At that point, I committed to work with Jeffrey to tell this story through film. We spent the next several years traveling to India and Nepal to speak with thousands of survivors to gather research and data for the movie. The stories we heard from those survivors have not only stuck with me, they changed my life.

When I returned home, a group of women who had supported the making of the film and I realized that human trafficking wasn’t something that just happened overseas. It happens right here. We wanted to do something to change that. So, we started StolenYouth.


BW: Stolen Youth has been one of BEST’s earliest and most critical funders. What led to this?

JC: Early on, our board president, Patty Fleischmann, brought a group of us together to discuss creating a safe house for survivors of trafficking but, through research, we found out that there were a number of outstanding leaders in this field in Seattle that needed support.  We realized that to have the most impact we needed to fight human trafficking on all fronts. From there, at the recommendation of the StolenYouth board and Melinda Giovengo from YouthCare, we brought together a coalition of organizations. BEST was part of that very first coalition. Since then, it’s been amazing to see the growth and success of these organizations.


BW: What accomplishments are you most proud of since starting StolenYouth?

JC: It’s been so gratifying to see BEST’s growth and success. Mar and team have done a great job of bringing the business sector to the table. The programs that BEST has that educate and communicate how businesses can be involved as part of the solution is wonderful, and something StolenYouth is proud to support.
​
When we started StolenYouth and our luncheon, I also never imagined how much support and growth we would have in just 6 years. Our first lunch we had hoped for 400 people, and actually ended up with over 700 in the room that very first year. At last year's lunch we filled the ballroom with over 950 people. We could not have done this without the amazing commitment and dedication of our board members and the Seattle community. It’s amazing to think we have raised almost $5 million since we started.


BW: What is one thing you wished everyone knew about this crime?

JC: I wish everyone knew that the crime is right here; it happens right in our own backyard. Also, I wish people knew that it’s not an impossible issue to interrupt. Just knowing about it, and being aware of it can make a huge difference. Recently, several media stories came out of people who have stopped this crime just by being aware. If something just doesn’t seem right, they act.

People can also help raise awareness around this issue, by joining us for the Stolen Youth Luncheon on April 19, 2018 . More information can be found on our website at www.stolenyouth.org.

BEST is honored to be a part of Stolen Youth and we look forward to our continued partnership to end human trafficking.