I used to only think about sex trafficking as part of the worst scenarios portrayed in television and movies.
June 11, 2019 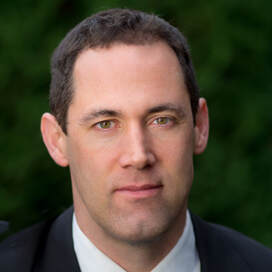 I used to only think about sex trafficking as part of the worst scenarios portrayed in television and movies. However, my professional career has always involved working with or for children and I eventually began to see the damage this type of abuse has on kids in multiple arenas. Going as far back as my first year out of college and serving in a high school as a VISTA volunteer, I heard students talking about friends resorting to “tricking” during casual discussions about what people were going to do after they graduated. Later I worked in a group home for seriously abused and neglected children. I met multiple girls who had been sexually abused and intervened in at least four of their suicide attempts (I am happy to be finally forgetting some of the details of those incidents). After law school, I worked in juvenile courts across the state and saw judges and social workers struggle to keep children in foster care out of the sex trade, many of whom saw it as a lifestyle they preferred over living with strangers in a foster home.

We Need a Cultural Shift

Comparing these experiences to the casual nature in which many men and the entertainment industry still talk about prostitution led me to the conclusion that a cultural change is necessary. These acts have serious lifelong consequences for too many unseen victims. More than people know about. Sadly, (intolerable) discussions among many men about bachelor parties, road trips, and other reasons to gather and celebrate frequently involve – at a minimum – jokes about prostitution. There is a vast disconnect between the popular notions about prostitution and the practical realities for many, if not most, of those who are engaged in it.

In a shift that is both fair and sound public policy, prosecutors are increasingly charging customers instead of prostitutes. We can rarely arrest our way out of most societal ills, however. So we must contribute to a cultural shift which eradicates the widespread celebration of prostitution. “Sex trafficking” is the legal term that includes acts of prostitution involving any minor and anyone (adult or child) engaged in it by threat or use of force, fraud, or coercion. Awareness of the real harms and how often people are purchasing sex is necessary if this cultural shift is to occur.

Studies and surveys of those who have engaged in transactional sex are beginning to reveal that the business community must be engaged to help eliminate demand for prostitution. Men are frequently using their work environment to facilitate acts of prostitution. Victims report that they have frequently been contacted by men at their workplaces and then had sex at those same workplaces. Many other businesses are also used to facilitate the sex acts (i.e. hotels, car services, websites, etc.). Violence and victimization is occurring with the assistance of business assets.
​
Responsible business management can do a lot to prevent these harms, however. And altruism is not the only reason to act. Businesses lose money when they become associated with prostitution and sex trafficking. Reputational interests can lose value suddenly but there are also legal claims that can damage the bottom line.

BEST assembled a training for legal professionals to help them identify these various issues for the benefit of a variety of clients. From both a plaintiff and defendant perspective, awareness of the intersection between sex trafficking and the business community is critical value lawyers can bring to bear in the advice they provide. BEST’s free CLE course is available online and can help attorneys open client eyes to issues and liabilities that have probably gone overlooked. As awareness increases of the frequency of and harms caused by sex trafficking, businesses that contribute to the cultural change that eradicates the practice will be doing the right thing and protecting their assets. I highly encourage legal professionals to watch BEST’s free CLE and incorporate it into your professional expertise and advice.

​Chris Williams is a partner at Cedar Law PLLC, which specializes in education law. He previously served as a senior assistant general counsel for Seattle Public Schools, assistant attorney general for the state of Washington, and as counsel for numerous Seattle-area nonprofits. He volunteers with Businesses Ending Slavery and Trafficking (BEST) to support its efforts to eradicate sex trafficking by eliminating safe havens in which it operates. He can be reached at chris@cedarlawpllc.com.
​